My Books at The World of Mardav 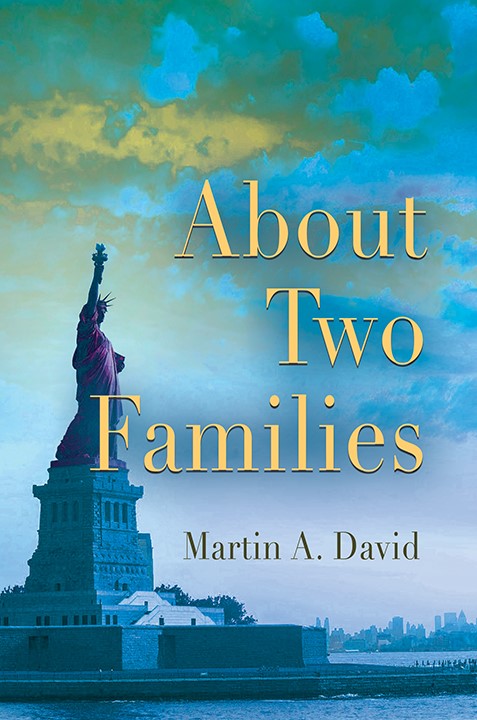 When violence, political upheaval, and the ever-darkening shadow of an impending war drove them out of Europe, two families, like so many before them, set sail for the “golden land” of America.

Their paths to America were as different as can be imagined. One family landed in the western wilderness of Texas. The America they met, and learned to love, included fires, floods, and the great dust bowl.

The other family took the path known to millions of others and headed for New York. Their saga included the rising labor movement and the Spanish Civil War.

About Two Families is the story of the adventures that brought them together.

SURVIVOR WITHOUT A TATTOO

This poetic novel follows a member of the generation that suffered the impact of the holocaust even though they never left the safety of their homelands. Their lives were deeply impacted by the horror stories they heard and read and marked with survivor guilt for the tragic deaths of people they never met. 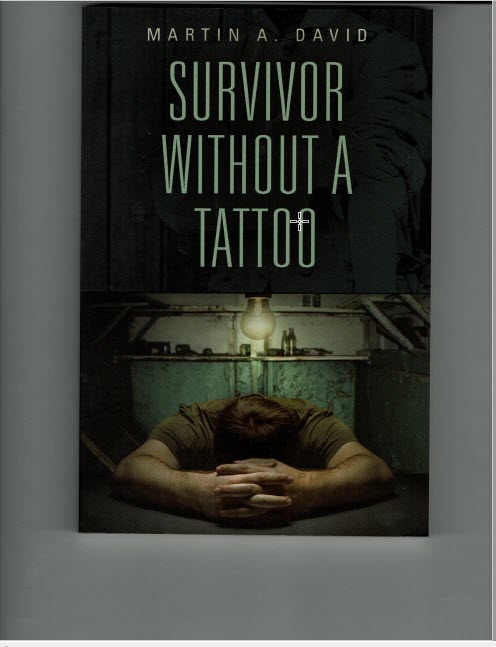 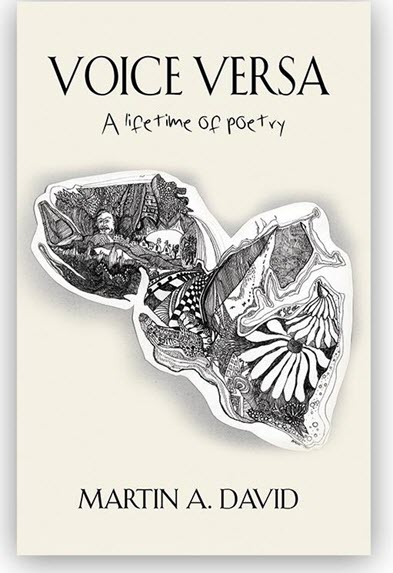 VOICE VERSA: A Lifetime of Poetry

Voice Versa is a powerful collection of more than 200 poems by Martin A. David, ranging from 1959 to 2019. The topics cover a wide scope of human experiences, emotions, and observations. 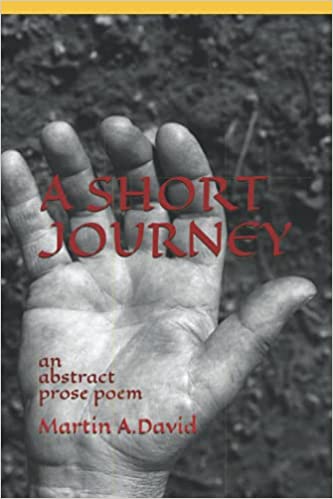 Plays and Monologues With a Twist

Short plays and monologues that are off the beaten track and ready to produce. All the works in this volume have been produced and performance-tested.

Shtetl in My Mind 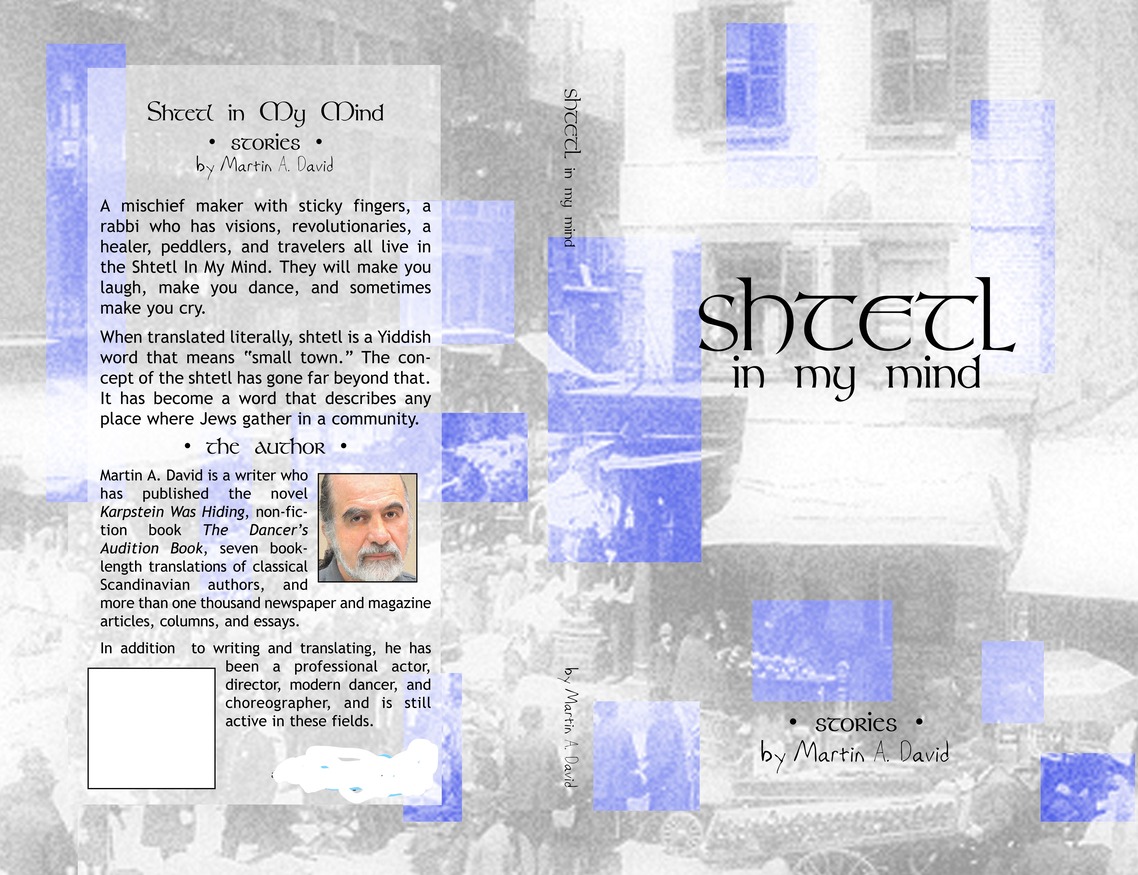 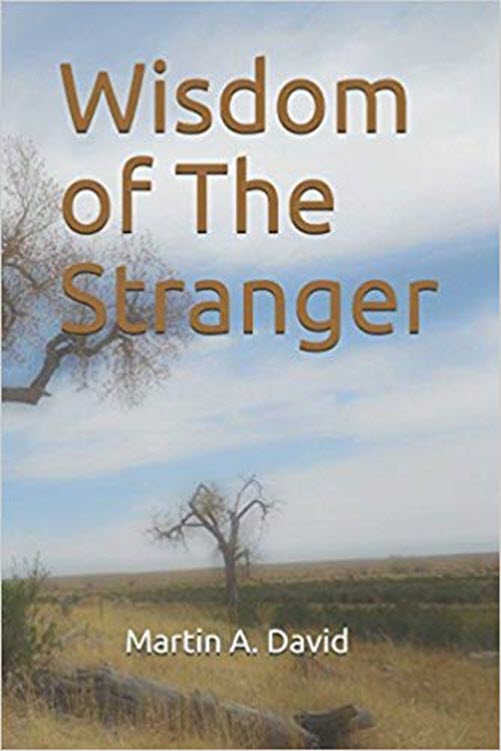 Wisdom of the Stranger

This is an inspirational book that offers its spiritual and practical insights in the form of poetic and entertaining stories.

He was a tall man. His skin was between brown and copper in color and very smooth. In fact, it was too smooth for his eyes. Those eyes. The eyes were set deep in a nest of wrinkles, but they were not hidden there. Those eyes. They could never be hidden. They demanded attention. They dominated his face. They dominated the room. He was The Stranger…

“If you don’t expect your chickens to give milk and your cow to lay eggs, you will be a much happier person.

What is one of the greatest destroyers of happiness and peace of mind? In my long experience, I would say it is disappointing expectations. 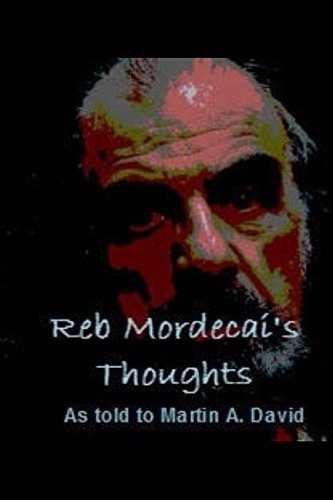 Who Is Mardav
Scroll To Top